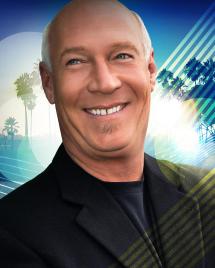 For more than 30 years, Loren Nancarrow educated and enlightened San Diego T.V. viewers with his vast knowledge of Earth and its climate on ABC 10 News, CBS 8 News and Fox 5 News. Loren was an outspoken conservationist and environmentalist who was not afraid to air his (sometimes controversial) opinions about our planet.  As a weatherman, anchor and reporter, Loren was a 5-time Emmy winner and 4-time Golden Mic winner. Nancarrow was also the co-author of 4 organic gardening books with Random House.

Loren lived in San Diego’s North County with his wife, Susie, the owner of  Nancarrow Realty Group in North County, and their pets. They have three kids Graham (25), Hannah (24) and Britta (20).

Loren was diagnosed with stage III terminal brain cancer (Anaplastic Astrocytoma) in early February of 2013. He retired from his position as anchor on the Fox 5 evening news and he and his daughter, Hannah, co-authored this blog as a way of sharing his journey with thousands of friends and supporters.

After a courageous 11 month battle, Loren passed away on December 28, 2013. He is incredibly missed. You can read his obituary here.